This is the first post in the Moon Energy Series.

Do you work with the phases of the moon?

If not, I’m sure you’ve heard about it: New Moon Gatherings, Full Moon Rituals, weekly energy forecasts elaborating on the significance of a waxing/waning moon in [insert astrological sign here], etc.

And of course, there’s the age-old art of gardening by the moon, a la the Farmers’ Almanac.

I remember years ago (think early 2000s) when moon work was discussed mainly in Pagan circles. Work, such as:

But, as I’m sure you’re aware, you don’t have to identify as Wiccan or Pagan to take advantage of working with the moon’s energy.

All of the same principles apply, and I highly encourage you to experiment with Moon Energy and to adapt it to your life and spiritual practice however you see fit.

More than just affecting the gravitational pull of the Earth, the Moon has also been known to affect humans on an emotional and energetic level.

Today, it is noted that people tend to have more manic episodes, as well as negative psychological and mental symptoms during the Full Moon. As well, there is a noted rise in suicides, violent criminal activity, and alcohol consumption, to name a few examples.

This phenomenon was officially noted as far back as the 1800s, where the Lunacy Act in Britain stated that people were more likely to go mad during a Full Moon.

And let’s not forget the mysterious fact (I’m stretching the word, I know) that Labour and Delivery Wards are busiest during the Full Moon!

These aren’t exactly the fluffiest examples, but suffice it to say, there is something to be said about how Moon Energy can potentially affect your emotions, your mental state, and your body’s own rhythms (especially if you’re a woman).

The Moon as Bridge

When you consciously decide to tune into the Moon’s phases, you are bringing a deep awareness of your connection with the Universe and All That Is.

You’ll be able to see how the Moon’s energy affects and relates to your mind, body, and soul. A few things to consider:

Your Energy – Are you more energetic during certain phases of the moon? Less? Knowing ahead of time can help you anticipate periods of productivity and planned rest

Your Results – Notice when you tend to have an onslaught of new ideas, and when you’re most able to effectively act on them. Does it coincide with the Waxing or New Moon?

There are no right answers to any of these prompts, and the important thing to remember is that choosing to make note of your relationship to the Moon is an exercise in AWARENESS. However, don’t be surprised if you notice some consistencies!

How to Use Moon Energy

If you wish to invoke the power of the Moon for the purposes of aiding a desired outcome, you MUST set your intention to do so.

Energy work of any sort is not a passive activity, although it is far less complicated than people think.

It can be as simple as writing down your goals or desired outcome, and setting the intention for your outcome to be influenced by the Moon’s energy, for the highest good of all involved.

And of course, you can go crazy with it as well – vision board, cauldron, whatever. All of these things are great, but remember they’re just EXTRA. Your intention is the real key.

Over the course of the next month (beginning with the New Moon), I’m going to be publishing a Moon Energy Blog Series, which will explain the unique power associated with every phase of the Moon, as well as tips on how to use it to your advantage.

Stay tuned for the next post, where you’ll learn all about New Moon Energy.

Read all of the posts in this series: 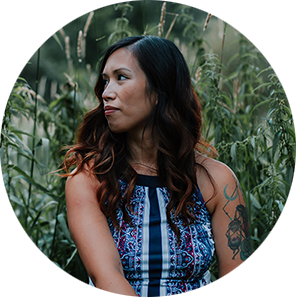 This website is licensed under a Creative Commons Attribution-NonCommercial-NoDerivatives 4.0 International License.
HAPPY YEAR OF THE BUNNEH 🐰✨ 🧿 Good luck a

VIVA MAGENTA 🍒 I KNEW I was onto something when

This year I turned 36, which I’ve named my Pries

HERE COMES THE SUN 🌞 The Winter Solstice is th

Setting boundaries allows you to funnel your time